Moxion Immediates® delivered the goods for NBCUniversal’s Treadstone, the exciting 10 episode TV spin-off from the world of Jason Bourne. 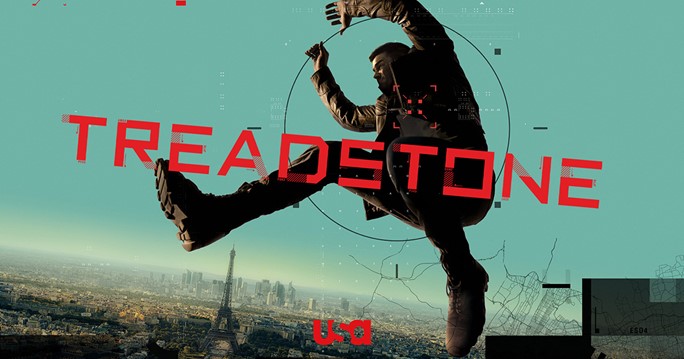 East Berlin in 1973 is the starting point as sleeper agents from around the world are unleashed on a series of high stakes missions - along with stories of freshly activated ‘assets’ we meet in the present day.

This was a large-scale shoot with units working globally and Moxion helped connect the production team using our flagship, near-instant Immediates feature.

Immediates delivered material coming off the cameras as scenes were filmed and distributed it to stakeholders from LA to Budapest.

Team Treadstone say the quality of Immediates bettered anything available from the competition - not just by a margin, but by an order of magnitude.

“Our main unit was shooting in Hungary and our showrunner was in another country shooting another unit,” says John Corser, VP Production, NBCUniversal. “He wanted to see what was being shot and give input. With Moxion Immediates he could watch the material near real-time on his iPad or cellphone,”

“They could collaborate in real time, without any misunderstanding of creative approach. Obviously you can do this over the phone, on paper, in email, etc, but some directors want to - and need to - see the setups directly. Immediates gave us that opportunity. That’s not possible with the dailies system we use at the studio. So it was hugely advantageous.”

“Since I’m based in LA I used Moxion to keep tabs on what was happening on the shoot in Budapest too.”

He notes: “I tried to get Moxion for the pilot, but the producers didn’t understand its benefits. But as soon as we did a demo, they changed their tune to “this is great, we need this!” and we used the platform for the entire series.”

Team Treadstone say they liked the ease of access, ease of viewing content and also report that the watermarking feature beats anything else out there, with no more muddy footage to put up with.

In fact, Immediates worked so well for them, they ended up using it in place of their other provider as the de facto dailies service for the whole production.

And while the performances of the actors is one vital, front-and-centre component of that process, the team was also able to use Immediates for simpler creative decision-making around the need to reshoot for performance or for other technical reasons.

For example, in one instance they noticed a key light had been moved in a scene that was being re-shot, and they were able to notify the crew on-set of the issue and correct it on the day, saving costly fixes in post or budget-draining pick-ups.

Co-Producer Stephen Welke confirms that using Moxion for checking re-shoots and inserts was super helpful: “We were shooting after the main production had finished and the material had to not only match the surround footage, but the action required had to be exact for our needs,” he says.

“My favorite thing about Moxion is how easy it is to use,” he adds. “The low bandwidth requirement for the internet hook-in was super helpful too.”

The team were also more than happy with the back up they received along the way.

“Onboarding a new platform will always generate questions but the 24/7 support from Moxion was superb,” says John Corser.

“I’m a big advocate for Moxion. I try to get it on every show I oversee. It’s the only platform I know that has the features I like and a user interface that’s easy for anyone to use and understand.”

LOS ANGELES - Moxion has welcomed the arrival of new Sales Director Steve Marshall. He joins the company at a time of unprecedented growth for the Moxion business.

Moxion doubles down on offerings for professional filmmakers.