Between 2010-12 he shot 17 episodes of Spartacus: Blood and Sand, followed a couple of years later by the re-boot of the Evil Dead film franchise. In the last few years Aaron has shot work such as Orphan Black (which won him four consecutive Canadian screen awards) and multiple Black Mirror episodes (including the standalone interactive feature Black Mirror: Bandersnatch with Jake Polonsky, BSC). The resumé also includes American Gods, 2nd unit on Disney’s Mulan and episodes of the worldwide hit Netflix show Sweet Tooth. Aaron is currently shooting blocks on Amazon's new The Lord of the Rings series. Somehow he also finds time to be President of the New Zealand Cinematographers Society.

We caught up with Aaron on the line from his home in New Zealand to find out his thoughts on, among other things, the brave new world of digital workflows.

Moxion: Hi Aaron, thanks for jumping on this, we really appreciate it.

Moxion: What was the last project you used Moxion on, besides a certain large TV project shooting in NZ right now that we’ll leave to one side for now!?

Aaron: It was Mulan, actually. I shot second unit on the project and Moxion was great on that. It's such a good system, we’ve tried other things over the years but Moxion was immediately that much easier to use and I really love how you can use the Apple TV stuff, it just makes it easier at home for dailies so yeah, from the get-go it's been a really good system to use.

Moxion: And so have you used it on a number of projects, I know you shot some Sweet Tooth as well?

Aaron: Yes, we used Moxion on Sweet Tooth as well.

Moxion: In terms of the move to digital workflows and now it's all migrating to the cloud with platforms like Moxion, are you finding when you start a project that pulling those modalities together, like the workflow components, is easy? Or is it a challenge?

Aaron: Well, to be honest, most of that is done advance of me coming on board. The post supervisor is across it or some deals have been done to set those systems up so I inherit what I’m given. So I’m not typically involved in the decision making around that, so I have to be ready to adapt. And because for me, the most important part is the origination of the image, I am always pretty confident with the post workflows that are set up, because we've been doing this for a while now.

For me, it's just making sure that my on-set stuff is working. But in saying that, I guess it's never fun when you look at your dailies and go “how come it looks like that?” and decisions are being made or opinions are being formed about your work, which can get away from you if those dailies aren't the way you wanted them to look.

So that’s another good thing about Moxion, it’s what I see on the set, and the decisions I make with the dailies colorist always play out so that production people and producers and whoever are seeing what I want them to see.

Moxion: So do you also mean that with a system like Moxion and transparent tracking of what fingerprints are on a project, that if things are being changed or altered, it’s pretty clear?

Aaron: Yes, the thing is, I don't know every detail of the process, I just know that when I open up the file in the app it looks the way it's supposed to.

Moxion: In terms of the digitization of the workflows, from your point of view as a DP and from the creative side of your job setting up shots and scenes, how has it changed?

Aaron: Generally I still do things the way I did them on film. I know that sounds strange but it’s true in the way I light things. But I guess you’re able to make much finer choices and in real time. But I still approach things and light scenes the way I used to, in that I still use a light meter…

Moxion: So a classical approach?

Aaron: Yeah, I guess so. I'm walking around the set with a waveform monitor because, well, it makes me anxious when I don't know mathematically where the light is. So I understand an exposure in that sense because I learned it by lighting film. So I had my meter to know where I was. So, I still work the same way, I’ll get it 80%, 90% there and for the finishing touches I’m at the monitor saying ‘give me a little bit more of that, let’s drop that thing out the back there off a little bit more’ but I still get most of the way there with my meter.

Aaron: Yes, I guess that's the biggest thing that's changed with the advent of digital is LUT creation and being able to be shooting with a grade and I’m someone who usually sets things up so my LUT is like a film stock or I’ll have one or two or three looks for a show or a job and I won’t do a lot of  on-set grading. There is fine tuning within that LUT, and I certainly appreciate the skilled DITs that work with me to keep me balanced and keep it all matching. But I prefer to use my time getting more set ups or making the shots themselves better or spending time lighting than a lot of heavy grading on the day.

Moxion: So your job now has become quite an intense collaboration with the DITs?

Aaron: Yes. But it depends on the project how intense that it is, because if you’re building a very abstract look on something or heavily graded sort of feel then that is a more intense experience, whereas it’s a more naturalistic approach to the cinematography,  the DIT is about managing and quality control as we go rather than spending a huge amount of time grading on the set.

Moxion: With this pandemic we've been going through, do you think that has hastened the uptake of systems like Moxion and remote workflow tools in general?

Aaron: Having a system like Moxion that's so user friendly and set up so well has made this event a little bit easier to get through. But it's a funny one because for me, systems like Moxion are really just about me watching at the end of the day, what I already watched during the day. So that's the thing most useful to me is to sit after the dust has settled a few hours later to check whether I've made the right choices through the day. It's a chance to debrief myself how I lit something or handled some shots. That's really the core of how I use it, rather than really being heavily involved in the distribution of things to producers to edits, or getting approvals on cuts or casting or review. That review process is a big one but it's something I'm not often involved in.

Moxion: With a VFX heavy project - and there are a lot of them around these days - how does that relationship or dynamic work for you generally?

Aaron: On a bad day all I feel like is that I’m just a farm to provide images for them but on a good day you’re in a super collaborative process because while a lot of the work or some large percentages of the film might be fully CG, the style of that is still based around the live action material. So I'm still responsible, or a part of, creating the style and the overall look. And it's about being smart about the relationships that you establish early on, to make sure they care about what your opinion is, because often when it's all being finished I'm long gone. So it's just relying on having that trust that they’re going to go through with the things that we decided. Sometimes that happens and sometimes it doesn’t!

Moxion: For you personally, as a working cinematographer, would you tend to want to go between projects that are CG heavy and then having a break from that and do something more naturalistic so that it's not all kind of one thing, would that influence your decision on what projects you'd pick up?

Aaron: Look, I’d just love to have that freedom to pick and choose like that. It doesn’t often, for me anyway, work out that way. You sort of take the next  best job that comes along, especially coming from down here [New Zealand]. I’ve been lucky to work offshore a lot in the last few years but even then it hasn't been a case of ‘there’s these six jobs, I'm going to choose that one,’ it’s more a case of good timing and hard work.

Moxion: You mentioned using the Moxion app on Apple TV…

Aaron: …and certainly on the iPad.

Moxion: Great… a lot of pros seem to love the color accuracy, is that something you’ve noticed as well?

Aaron: Yes. The images are very true to what we see while we're shooting, which is as much as you can ask for, really. So like I was saying earlier you don’t really want your work being misrepresented, that can end badly. And it's your images that are being judged each day. So, yes, it's important.

Moxion: Absolutely. Hey, that’s great, thanks so much for chatting with us Aaron, especially off the back of a wrap party last night, really appreciate it!

Aaron: Thanks, have a good one!

LOS ANGELES - Moxion has welcomed the arrival of new Sales Director Steve Marshall. He joins the company at a time of unprecedented growth for the Moxion business. 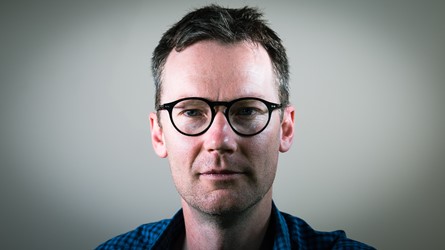 Moxion doubles down on offerings for professional filmmakers. 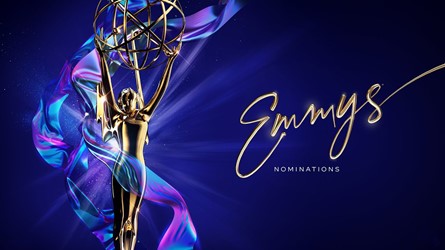 Bridgerton & The Queen’s Gambit head for a date with the 2021 Emmy® Awards!

Massive congratulations to Bridgerton and The Queen’s Gambit on their nominations in the 73rd Primetime Emmys!